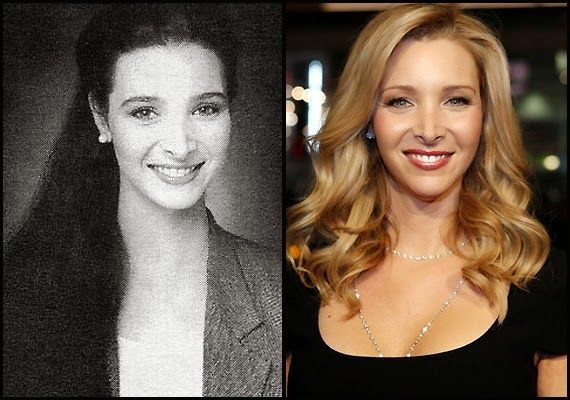 So is Lisa Kudrow’s nose natural or not? The truth is she altered her nose with the magic of plastic surgery. Nowadays her nose is narrower compared to her younger days. She has indeed been very open about the fact that she had a rhinoplasty. Her nose tip in particular, has undergone a dramatic change. It is an improvement, there is no denying that. And it was probably a good move, considering she is a Hollywood actress.

So it is no secret she went under the knife at the age of 16. During an interview she was quoted as saying “That was life altering,” she said of the surgery. “I went from, in my mind, hideous, to not hideous. I did it the summer before going to a new high school. So there were plenty of people who wouldn’t know how hideous I looked before. That was a good, good, good change.”

Lisa was born July 30, 1963 in Los Angeles, California. At an early age of 16, Kudrow underwent rhinoplasty that reduced size of her nose. This is probably the only plastic surgery she ever had. Although some people speculated also about breast implants. Her professional career started in 1989. However her first huge success came in 1994 when she impersonated Phoebe on eternal sitcom Friends. Although she appeared on many movies and TV shows after that, the role of Phoebe will probably be forever the one, that most people imagine when hearing her name.

“I’ve learned you can make a mistake and the whole world doesn’t end. I had to learn to allow myself to make a mistake without becoming defensive and unforgiving.”

“I do like reality shows, and I watch some of them because they’re high drama. It’s also just fun to watch people have honest reactions.”

Feel free to comment your thoughts in the comment section below. What is your personal opinion on Lisa Kudrow before and after plastic surgery?