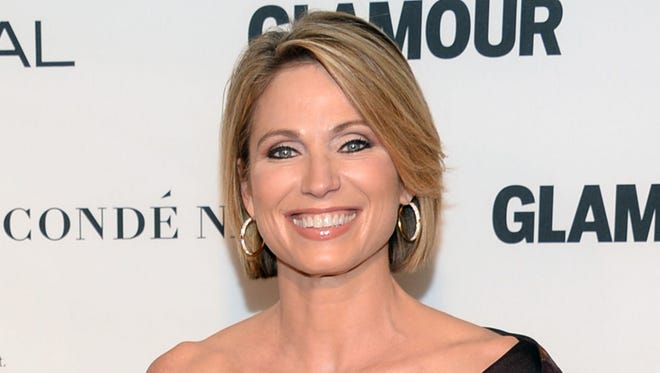 Check out Amy Robach plastic surgery pictures, facts and rumors below. Amy was born on February 6, 1973 in St. Joseph, Michigan. She holds a college degree in Broadcast Journalism from the University of Georgia. Young Robach also competed on Miss Georgia in 1994 and ended on a great 5th place. She used to work as a national correspondent for NBC but switched to ABC in 2012. She was married to Tim Macintosh until 2008. She now lives with her second husband Andrew Shue. Robach was diagnosed with breast cancer in 2013. Her treatment was complicated because cancer has spread but she is healed now.

Do you believe Amy Robach went under the knife? Sometimes it can be hard to tell if cosmetic surgery is truly involved.

When I give my time to a worthy cause, it’s time well spent. Lending a voice to help raise money – or perhaps just awareness – is the least I can do to give back. When I spend time with people who are fighting for children, it puts everything into perspective.

When I first sat down with my oncologist the day before Thanksgiving, and she told me I would need 8 rounds of chemo, one of my first questions admittedly was: ‘Will I lose my hair?’ It sounds shallow, I know, but it was a very scary image to me.

I am going to cut my hair very short; I’ve never done this before… I want to say I had something to do with how I look, not the cancer.

My husband, Andrew Shue, is the co-founder of Do Something, and we both speak and present at awards ceremonies. It’s absolutely amazing and humbling to see all the work so many young people are contributing to better their communities on both a local and global front.