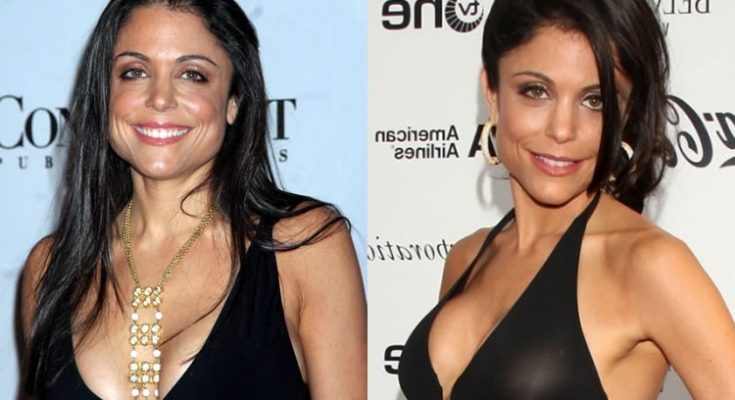 Bethenny Frankel has shared that she thought her boobs were small and sagging before. therefor she asked for implants to give it a lift. Bethenny’s breasts then became a size D with implants but she admitted that she didn’t feel right about her new boob size.

Fans think that Bethenny’s nose slightly changed over the years. Allegedly, she had rhinoplasty to subtly alter the tip of her nose but she kept her bridge untouched.

Bethenny was born November 4, 1970 in New York City. She’s famous mostly through two reality TV shows. The Apprentice: Martha Stewart and The Real Housewives of New York City. In 2011, Frankel founded Skinnygirl cocktail company and later sold it for huge sum of money. No wonder she’s inspiring for so many women not only thanks to her superb body measurements.

“Frankly, I don’t trust any diet that doesn’t allow sugar.”

“You cannot show people only the petals and not the thorns. It’s not fair to them.”

“You have to work for everything. Marriage should not be any different.”

Feel free to comment your thoughts in the comment section below. What is your personal opinion on Bethenny Frankel before and after plastic surgery?